After Fethiye, we boarded a bus in the evening that took us to Istanbul overnight. The truth is not without adventure. The bus broke down in Istanbul itself. As a result, we were transferred to another bus. 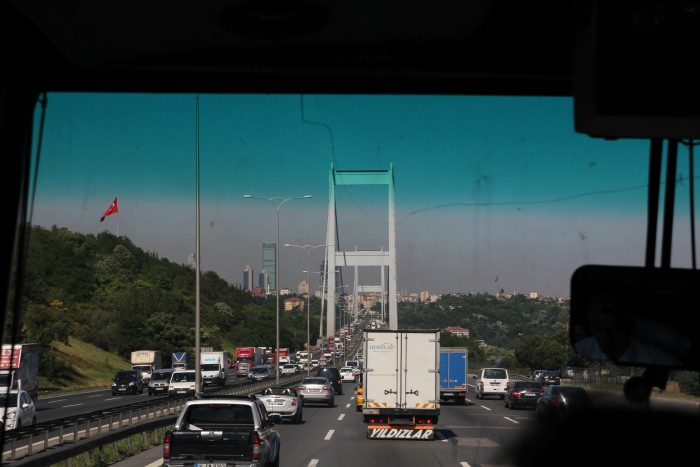 After Fethiye, we boarded a bus in the evening that took us to Istanbul overnight. The truth is not without adventure. The bus broke down in Istanbul itself. As a result, we were transferred to another bus.

After that, we drove to the bus station and then, after talking with the driver and conductor (I do not know how to call the person who is responsible for tea-coffee and the order in the bus during the transfer), we went for free on another bus of the company to the center of Istanbul, where the St. Sophia Cathedral and other attractions are located. In fact, we've all seen it before. Therefore, it was decided to go to the market, buy a hookah and eat freshly caught fish under the bridge.

Buying a hookah in Turkey

Oh, to be honest, I had no luck with a hookah and would have known that this would be the case, would not have bought anything in Turkey. There's deception everywhere. We went to the Grand Bazaar and began to look for where to buy a hookah for cheaper. I chose bronze, i.e. completely iron, because I was afraid that the glass flask would break during the flight. Hookah there cost about 150 lira, i.e. 80 USD approximately. After buying a hookah, we went for a walk further, and already at another market, we wanted to repack it in a backpack. When repacking, I found that hookah with a hole! The hole is not in the flask but in the upper pipe, i.e. it can in principle be cold welded and everything will be OK. But it's a shame. Go back, spend 20 minutes to find a seller, because the market is big! After finding it, we show him that hookah is with marriage. He says ok, let's change it. It goes, 15 minutes of waiting and brings 3 more of the same defective hookah :-). We decide to take another hookah, cheaper with a glass bulb but without holes. 15 minutes of waiting and talking, as a result, we get some of the money back. By the way, already in Kiev, it turned out that they gave a gift of defective coal (it did not ignite and did not burn at all), they did not give a brush for cleaning, but they gave 2 bowls. Conclusion: When buying any things, you need to be very careful and know thoroughly what and how. Carefully study and check the delivery set.

Restaurants under the bridge with live fish 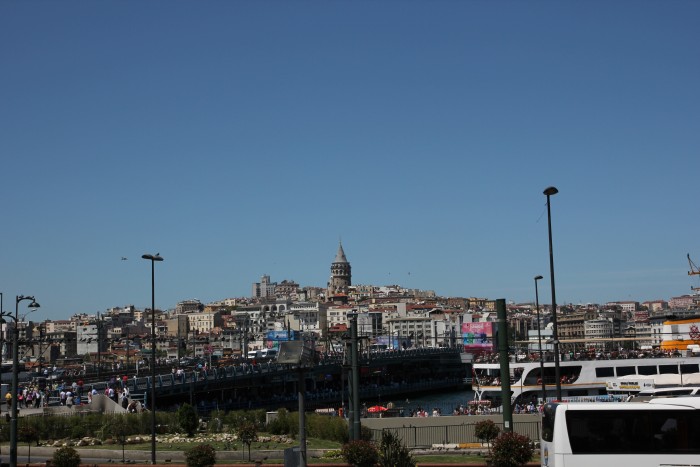 By the way, you can bargain in restaurants. Let's say we didn't like the price of beer, as much as 7 lira for 0.5, and we lowered it to 6 lira :-). And the water by the way near the bridge is not particularly clean and this is Bosford Strait: 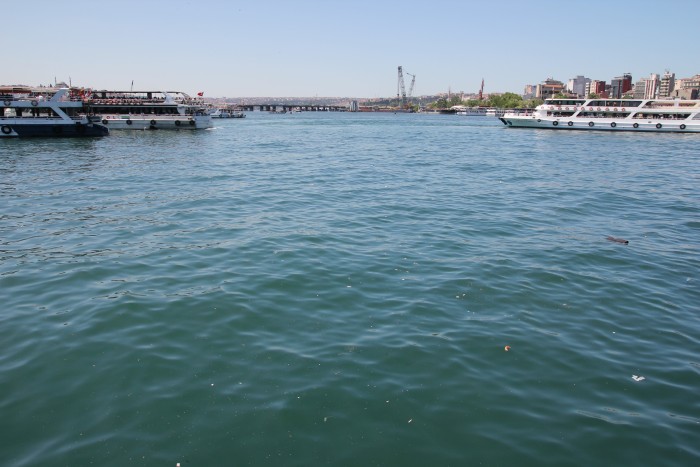 Having eaten in a restaurant, we went to the airport. First we took the tram, and then the metro. By the way, it is better to come to the airport earlier! At least 3 hours before departure, as we arrived 2 hours in advance and barely had time to register! Well, then everything is standard, waiting for the plane, flight and voila we are at home in Kiev. A trip to Turkey on a yacht was successful thanks to the site: http://cst57.ru/. Therefore, if someone wants to sail for $ 1000 on a yacht for a week in Turkey and sometimes Greece, then velkam. 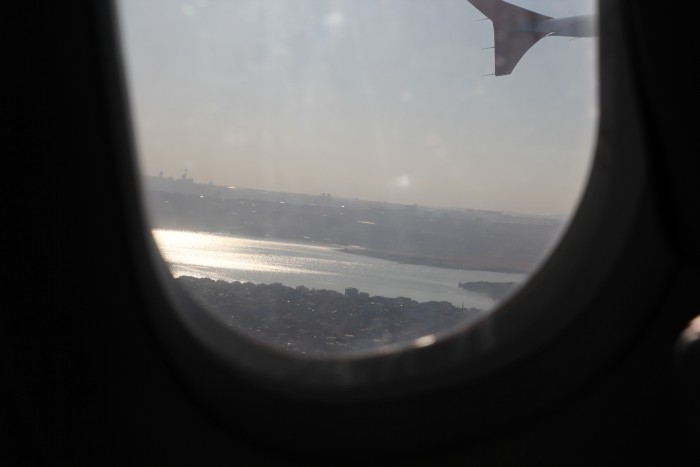