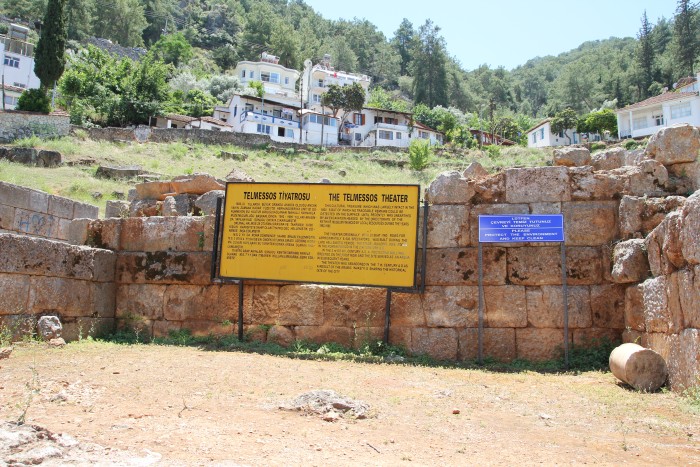 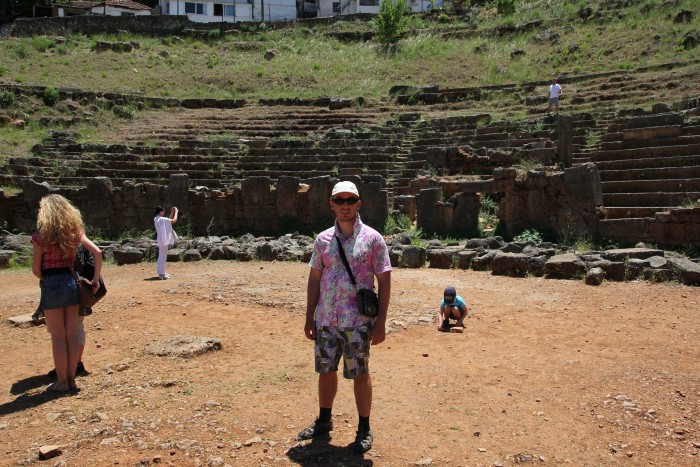 And the second is a tomb, or rather a city in a rock, there is nothing much to see there to be honest. Here's what it looks like from afar: 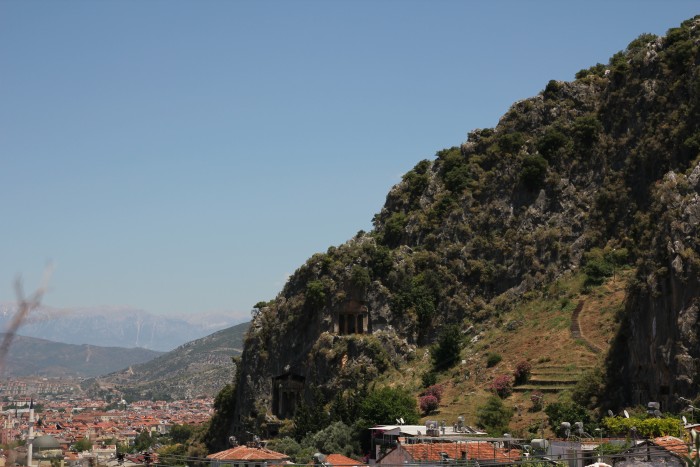 So we decided to climb the fortress, with the Turkish flag. There was little left of the fortress there, but the view from there was excellent. You can see the whole city: 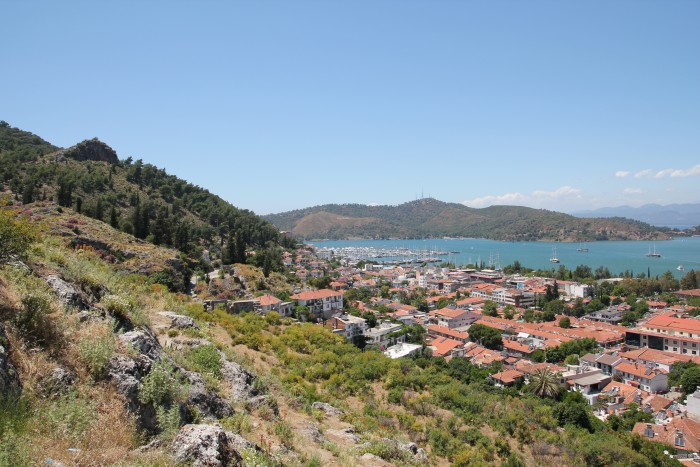 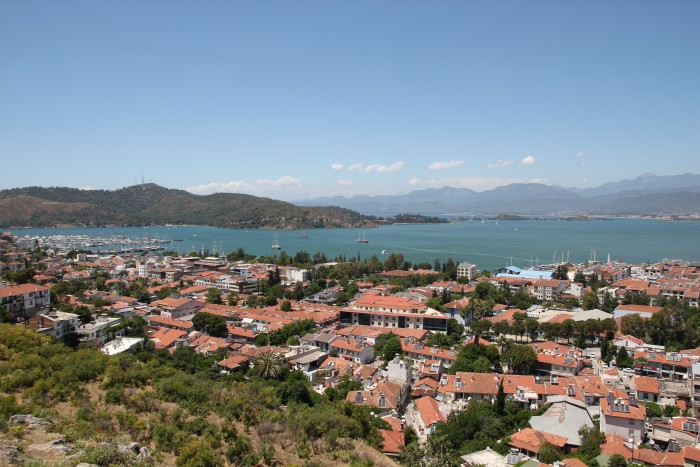 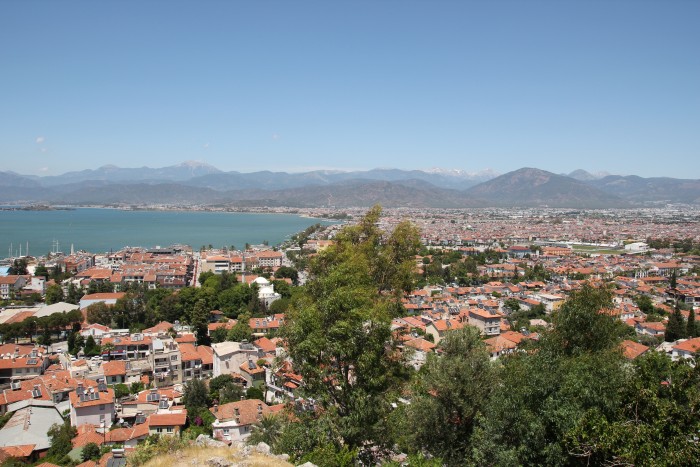 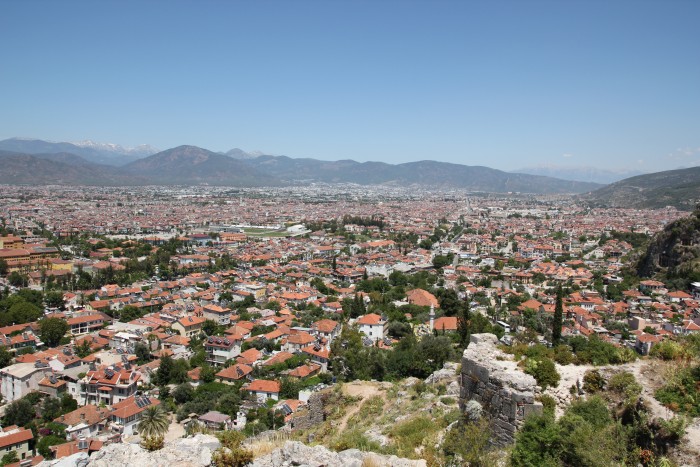 The city is purely resort, no tall houses, narrow streets, tiled roofs. After the fortress just above it is a restaurant, with a great view. We ordered coffee there and just relaxed, enjoying the surroundings: 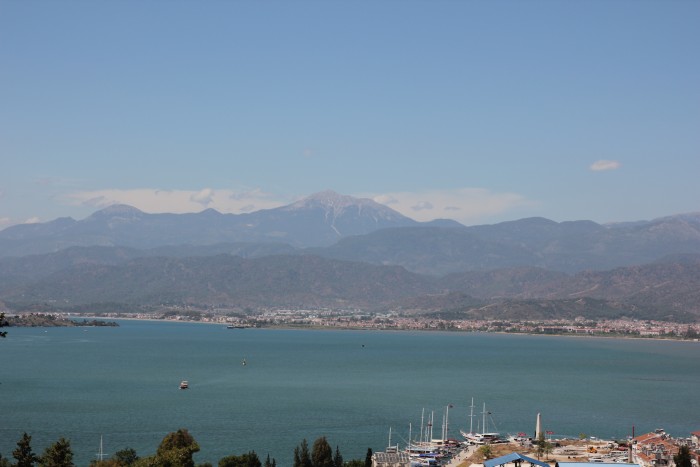 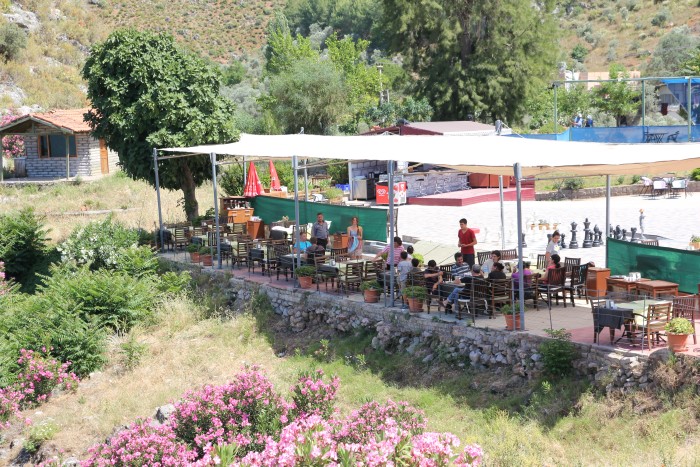 View of the fortress from the restaurant: 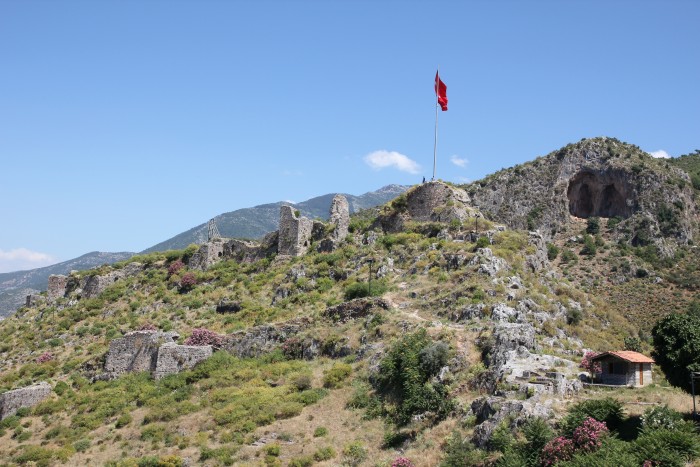 Next, we were stupid and decided to walk to the dead city, which on the map was 7 km from Fethiye. Don't do that! You need to go through the pass, it is long and tedious, although of the pluses it is a forest path and fresh air: 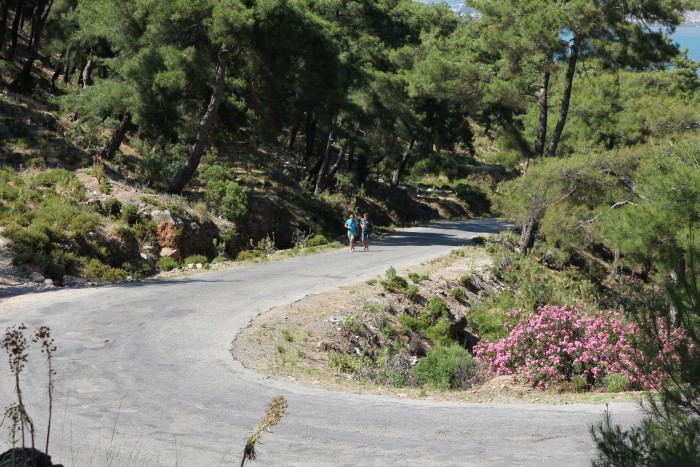 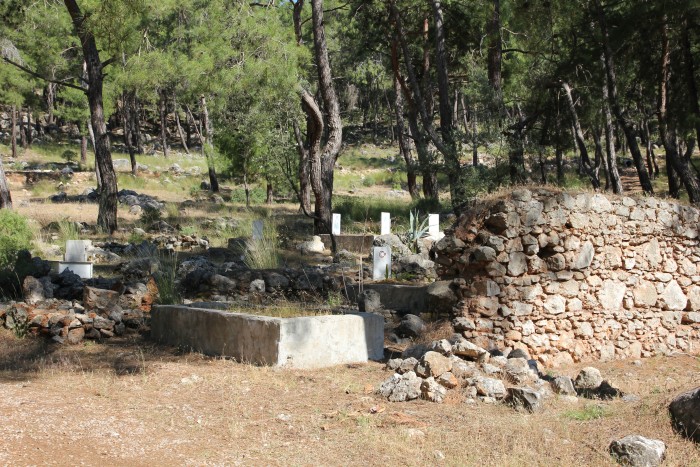 View of the dead city from afar, before it is still sawing and sawing: 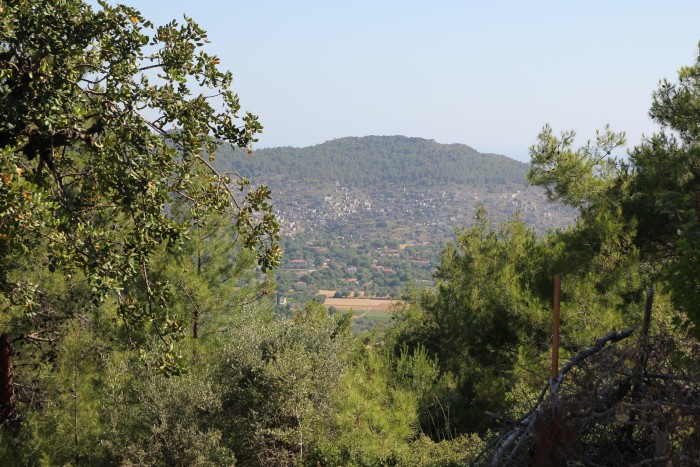 On the way there are often cacti: 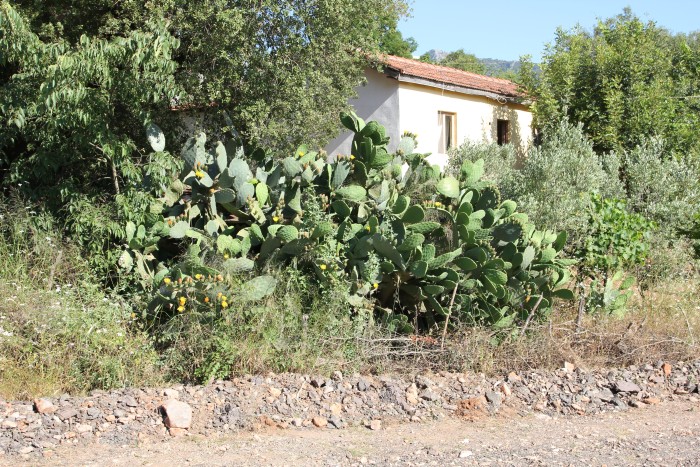 More precisely, not along the way, but already in the village, where this walnut dead city is located. Given that we did not go along the tourist path, i.e. tourists then go by minibus to the city, and no one walks along the path, in the end we saw the real Turkey. Ordinary villagers grow wheat, raise livestock and no one runs up with an offer to buy buy buy. Finally, we reached the dead city: 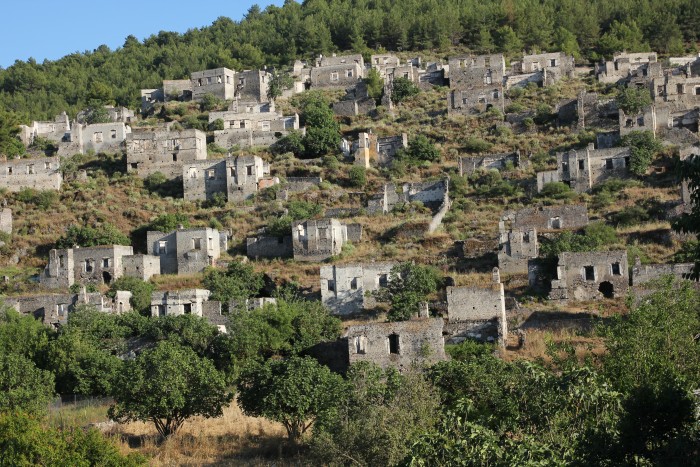 Looking at the abandoned church: 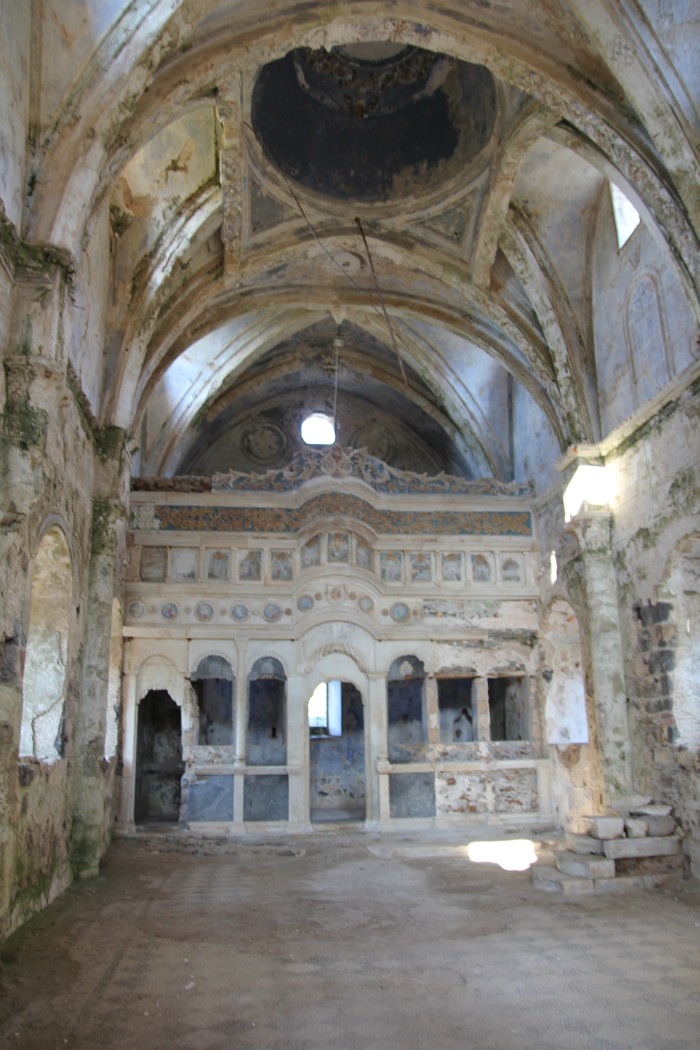 Go to the flag: 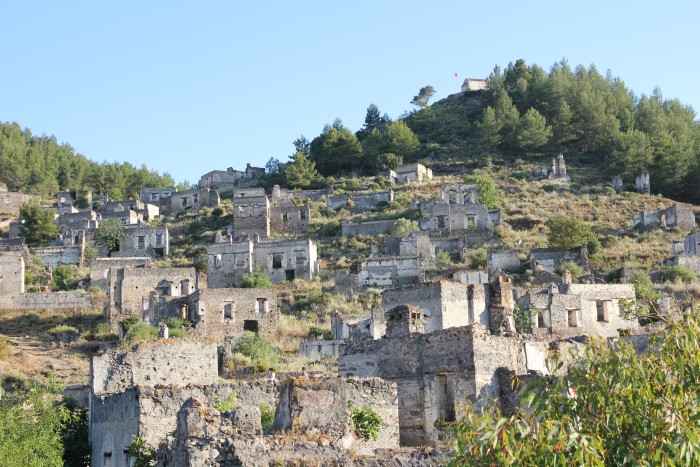 And on the other side of the sea: 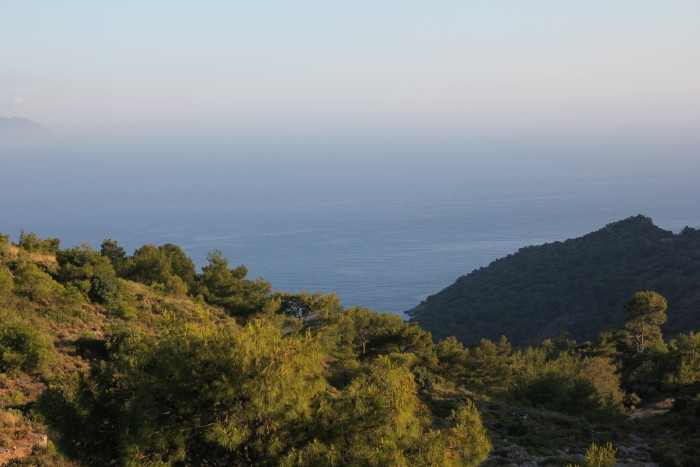 And the city is not small, it is necessary to allocate a day for it: 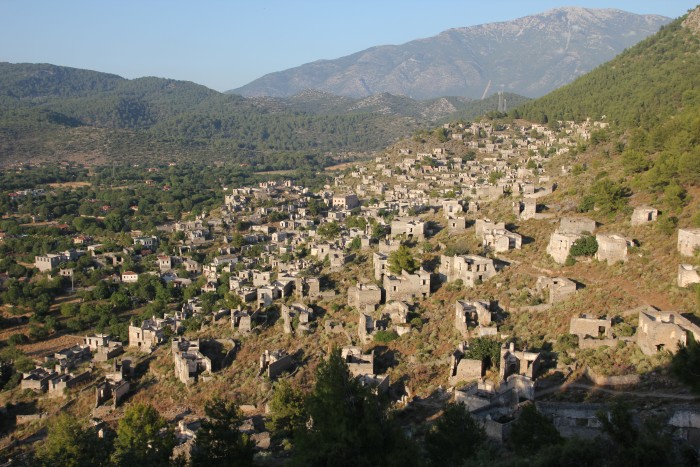 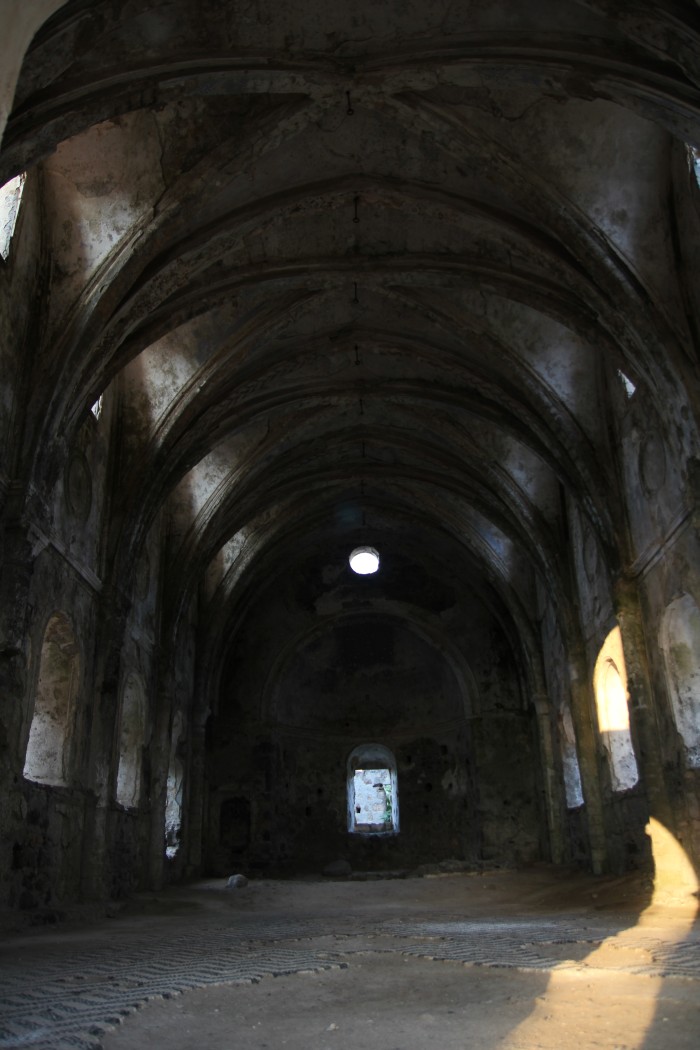 Alas, but it was already dark and the last minibus from the city to Fethiye seemed to depart at 21-00. So we started going home. We quietly drove in 30 minutes to Fethiye, had dinner on a yacht and went to bed. I highly recommend visiting the dead city if you are suddenly in Fethiye. And here's Fethiye at night: 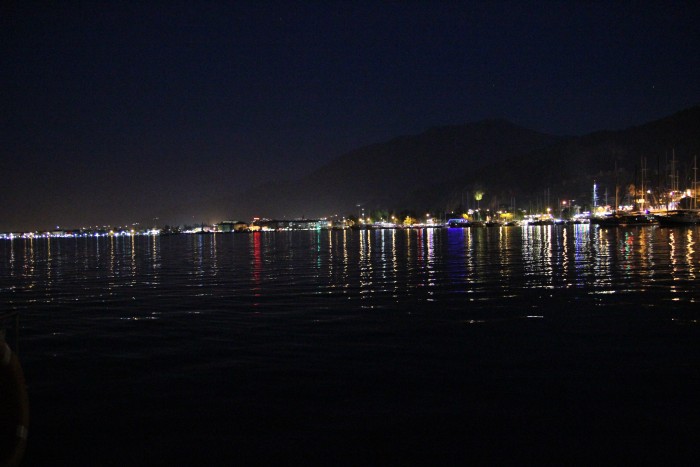