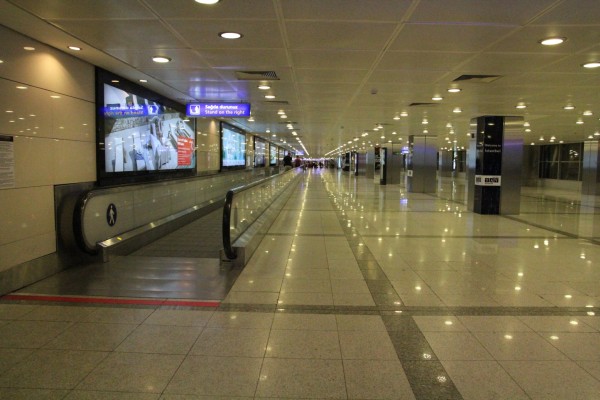 Next, we had to go to the visa control. Alas, Ukraine signed a visa-free regime with Turkey only in August 2012, so we had to pay 30 bucks for opening a visa. And then we were deceived :-), since the visa costs 20 euros – so says the sticker that is glued to the passport. And 20 euros at the exchange rate is 25 dollars. So we could save money in principle. But alas, oh those cunning Turks. They cheat on everything. Further on our trip, these deceptions were not enough. After receiving the visa sticker, it was necessary to go through passport control. To which there was a queue. For about 45 minutes we must have been standing and it was at 2 a.m.! Well, okay. We looked into the camera, smiled and went to pick up our luggage.

Baggage search at the airport

The search for the bags wasn't long, you just search for your flight on the screens and go to the specified transporter, where a bunch of bags are lying around. Next, look for yours and take it. 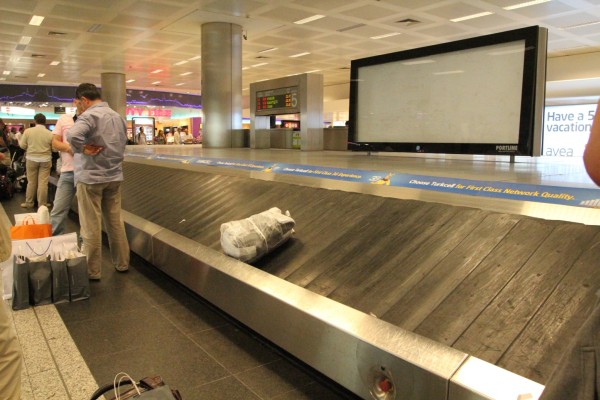 I've always been bothered by the question, what if I take someone else's suitcase? Or what if your suitcase is picked up? After all, you can just go and go with it. Yes, surveillance cameras will cut it all off, but… in short, it is better to carry everything with you. Although luggage is not usually stolen in this way, so if you do not see your bag on the transporter – contact the lost luggage department.

Waiting at the airport

It was long and terrible. We arrived in Istanbul at 2 a.m., until we passed all the checks it was 3 o'clock in the morning. There are few seats in Ataturk. The chairs are not comfortable! Sleeping on them is very uncomfortable. We slept near the luggage conveyor, although in principle it was possible to go to another hall, where there were more seats and it was quieter. After sleeping until 8 a.m., we began to gather for the exit to the city. By the way, there is no luggage compartment at Ataturk airport! Therefore, leave your bags and go for a walk – it will not work :-(. Later, we checked in our luggage at the bus station.